The Barley Mob were the first act to kick off our Tea & Toast Jam at Knockanstockan on the hazy Saturday afternoon. There was a lot of scrambling around from Team GP after realising the Jimmy Lee Juke Joint (our planned filming location) had since lost its floor to mass moshing the night before. So with 30 minutes to go until showtime we found Knockanstockan’s sun drenched  fire pit, situated on a small hill and surrounded by 10 foot totem poles, perfect!

The band are no strangers to the Irish festival circuit and have been making top 10 lists for quite a while now, and with good reason. They’re an incredibly energetic, uplifting band to see live; absolutely perfect to open our Tea & Toast Jam. The six lads gathered around Knockanstockan’s fire pit and prayed the rain would hold before their heartfelt acoustic performance of Road Tune.

This event was in promotion for GoldenPlec's Tea & Toast Jam charity event at Knockanstockan in aid of Pieta House.

Special thanks: Barry's Tea, Knockanstockan Crew (especially Bettine), The Barley Mob and all those who donated. 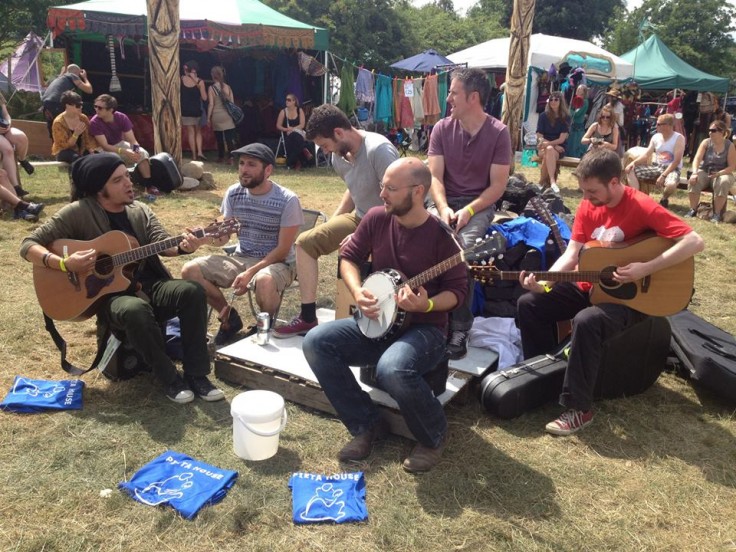