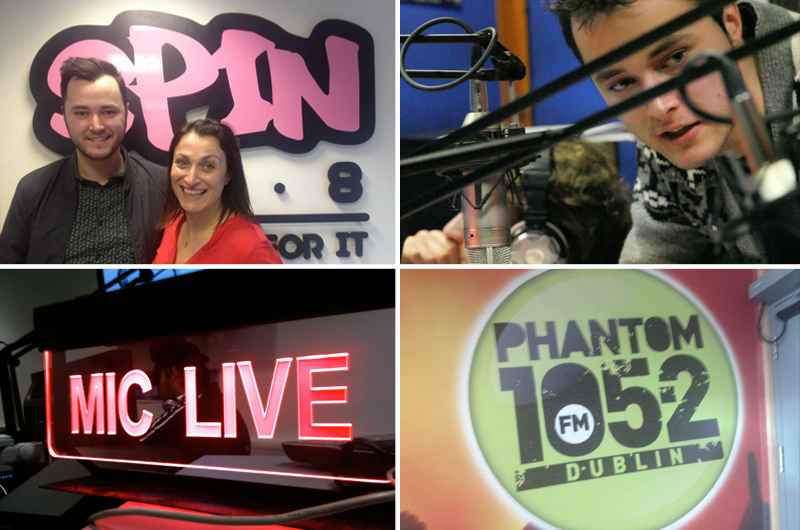 My radio interest and career was spawned long ago in college where I joined and helped to set up DkIT's first student-run college radio show - DkiTALK. The show took place 9pm-10pm; live on DundalkFM100.

On the show we talked about everything from college events and politics, music on campus, entertainment news and even ran some big promotional campaigns (Nokia, Doritos) in order to promote the show. The show soon became an invaluable resource for the student population to harness in order to get their voice heard, promote events and showcase talents.

Within one year, I had been placed as the main presenter, producer, and researcher for the one-hour live radio show; a position I held for a further two years. Having the show go out live on FM as part of the regional DundalkFM100 was an incredible learning experience and made me learn the basics, logistics and flow of radio very quickly.

After firmly establishing the official student and Student Union radio show, I was asked to join the board of DundalkFM100.

In my final year I thought about going one bigger than anything done before; setting up my own college radio station. DKFM was born in May 2011 and catered for nine-hours of live radio. This station was the first student-run and established station in the college's history and something I am very glad to have been the main instigator behind. The radio station still exists now and continues to develop and help emerging radio talent.

Upon finishing college, I set about getting involved in radio in any capacity that would have me. Through my sub-editor/music journalism role for the award-winning Goldenplec.com, I was asked by Scott De Buitléir to contribute to the music section of Plan B on Spin1038, live on air with Michelle Beatty. Both Scott and Michelle have since moved on, clearing the way for new host Sarina Bellissimo and producer Riyadh Khalaf. I have now been contributing regularly to Plan B since 2011.

I currently provide the Dublin gig-guide for TodayFM show The Mix Up with Colm O'Sullivan. As part of this show, I provide a Dublin based gig guide for the month.

I am also currently a regular contributor to Phantom show Phantom Drive with Claire Beck. As part of this show, I provide a Dublin based gig guide for the week ahead. I have also contributed to 98FM show Totally Irish talking Irish festivals and music with John Barker and Shane Prunty.

top
So basically, what I'm trying to get at here is: Hire me!